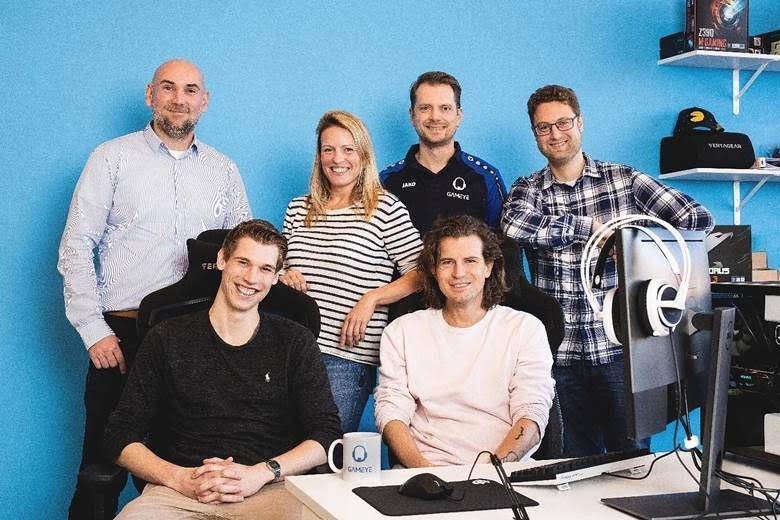 The new year bring some great points of news. This week the Rotterdam based Startup Gameye freshly announced their first seed investment round of 1.6 Million today.

The Gameye team have been working to offer scalable multiplayer infrastructures for esports and for gaming studios. Setting up shop in 2017 they have been blazing a path making relationships in Europe and beyond. The round was lead by Seedcamp, Makersfund and Niccolo Maisto, CEO of FaceIt.

It was after some market research they created a hybrid environment of servers, which ensures each multiplayer session is hosted on the best low- latency network (or one with the fewest interaction delays). Quick, safe and secure for studios and for tournaments for focus on gamers and playing.

Gameeye sits in one of the fast growing markets that I’m currently aware of: esports. If you don’t know of esports (you really should) this space of multiplayer gaming has exploded in the last few years. What really started as arcade gaming gone wild has evolved into competitive gaming with stadiums filled with onlookers, participants and fans. For a little context here are some stats taken from Newzoo 2018 Global eSports Market Report:

-North America will account for $345 million of the total and China for $164 million.

Leave your thoughts Click here to cancel the reply

PROMOTE YOUR OWN ARTICLE

Internship Utrecht, Netherlands
The voice of a company is the real heart of communications. We are looking for our next intern to professionalize our social media channels and use our content and partner content to engage our community and let it grow. Working with us at EatMyRide means a unique opportunity for incredible professional and personal development at a truly innovative company in
View more

Co-founder Utrecht, Netherlands
The Company EatMyRide is the AI-powered platform managing nutrition needs for endurance atletes worldwide. We predict nutrition and drinking accurately and let athletes and coaches optimize their diets. Used by amateurs and professionals such as pro cycling Team DSM (formerly known as Team Sunweb) Your Team We are now a core team of 7 (+ interns) and intensely cooperate with
View more

Full-time Amsterdam, Netherlands
Our client is currently looking for a full-time and experienced PHP back-end developer (m/f/x) that will be the first and leading developer of an Amsterdam-based startup lead by ex-Uber and ex-Facebook employees. You will take the lead in developing the product from the ground up, while working according to the latest standards and you take pride in delivering nothing but
View more

Dutch Startup Jobs was launched in 2013 to be the Netherlands go to website for Startups who are looking for passionate talent.

We connect the most innovative Companies to the best talent.

Send to a friend